Congratulation on releasing mBlock 3.4 and your airBlockdrone! You guys are leading the way in hardware+software project education.

Can you ask for release of mBlock 3.3 source code onto Github now that 3.4 is released. Would really appreciate it !

Drew, What source code are you referring to? I use the mbot, and all the pieces seem to be in the current release. mbot_firmware has the arduino code that you upload to the arduino board on the mbot, and mbot.s2e has the java code that remains on your computer and defines the block commands. Then mbot.js is the java code that actually sends the code wirelessly to the mbot when you use the 2.4G wireless mode (and I assume the bluetooth code but I have not tried that. You can download the Makeblock libraries from Github. What source code are you looking for?

Hi Eric,
I am looking for the source code to compile the mBlock.exe software. The mBlock team kindly released the previous version for 3.2 on github here: 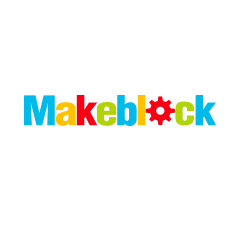 The team mentioned earlier that they were waiting to release 3.3 source code until after it was finished. So, now there are releasing 3.4 mBlock, so hopefully they will release the 3.3 source code.
Since the code is based on Scratch (open source) they should also release their code as open source. Of course, many companies don’t, so it is very kind of them if they do.
Have a good day Eric and glad to hear you are doing well with mbot and bBlock.
Drew